Our next book is Educated by Tara Westover

About:  Tara Westover was 17 the first time she set foot in a classroom. Born to survivalists in the mountains of Idaho, she prepared for the end of the world by stockpiling home-canned peaches and sleeping with her “head-for-the-hills bag”. In the summer she stewed herbs for her mother, a midwife and healer, and in the winter she salvaged in her father’s junkyard.

Her father forbade hospitals, so Tara never saw a doctor or nurse. Gashes and concussions, even burns from explosions, were all treated at home with herbalism. The family was so isolated from mainstream society that there was no one to ensure the children received an education and no one to intervene when one of Tara’s older brothers became violent.

Then, lacking any formal education, Tara began to educate herself. She taught herself enough mathematics and grammar to be admitted to Brigham Young University, where she studied history, learning for the first time about important world events like the Holocaust and the civil rights movement. Her quest for knowledge transformed her, taking her over oceans and across continents, to Harvard and to Cambridge. Only then would she wonder if she’d traveled too far, if there was still a way home.

Educated is an account of the struggle for self-invention. It is a tale of fierce family loyalty and of the grief that comes with severing the closest of ties. With the acute insight that distinguishes all great writers, Westover has crafted a universal coming-of-age story that gets to the heart of what an education is and what it offers: the perspective to see one’s life through new eyes and the will to change it.

About the Author: Tara Westover is an American author living in the UK. Born in Idaho to a father opposed to public education, she never attended school. She spent her days working in her father’s junkyard or stewing herbs for her mother, a self-taught herbalist and midwife. She was seventeen the first time she set foot in a classroom, and after that first taste, she pursued learning for the next decade. She received a BA from Brigham Young University in 2008 and was subsequently awarded a Gates Cambridge Scholarship. She earned an MPhil from Trinity College, Cambridge in 2009, and in 2010 was a visiting fellow at Harvard University. She returned to Cambridge, where she was awarded a PhD in history in 2014.

The books below will also be part of our 2023 Book Club:

To be announced at a later date.

The North Country Herbalist Guild Book Club is a way for people to share their joy for reading in a group form.

After reading the selected book, everyone can participate in a discussion, which is hosted by a volunteer.

If you have a suggestion for a book, let us know here. 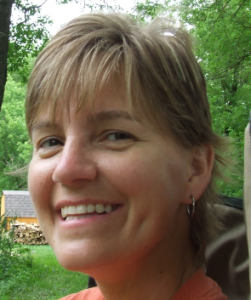 Hi there!  My name is Pam Broekemeier and I am a herbalist.  I have been studying plants, herbs and weeds for about 10 years now.  I started and own my herbal apothecary, called theHERBAL Cache.  I love learning and then sharing that knowledge with others.  I have teach classes, hold webinars, write blog posts and make videos.  I forage a lot of the plants I use in making my herbal products.

I wanted to serve on the North Country Herbalist Guild board because I want to help make a difference and bring knowledge to our community.

When I am not working, I love watching movies, gardening, reading, camping and spending time with my family. 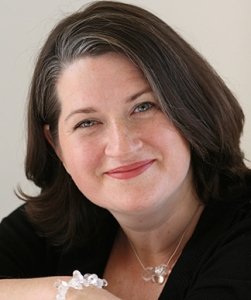 Laura is a Master and Teacher of Unlimited Body, Unlimited Breath, and a certified Western Herbalist. She is trained in Flower Essences, Homeopathy, Ho’oponopono, Buddhist Psychology, and Jungian Psychology. She holds a Master’s degree in Human Development from St. Mary’s University.

Her search for the keys to healing has led her to many diverse experiences, including sleeping in a cave in Tibet, breathing for 45 minutes while submerged in freezing water, and walking on fire seven times without being burned.

Laura has been in practice for over 20 years and teaches both locally and nationally, most recently: at Minnesota’s Herbal Festival, at the Northwestern Academy of Homeopathy, on public television as part of the Mind-Body Lecture Series, and at The Minnesota Waldorf Holistic Health & Wellness Conference.

She has work experience in non-profit at the Minneapolis Jewish Federation and volunteer experience including chairing the Minnesota Waldorf Schools annual Holiday Fair.

Laura has significant writing, board and fundraising experience, professionally and as a volunteer. In addition to her work as President of the Guild, Laura currently serves on the Orono Softball Association board as Fundraising and Community Development Director.

Laura has a private practice in Excelsior, Minnesota at Peak Life Clinic. She lives in Orono, Minnesota with her husband, two home-birthed daughters, and a Papillon named Cowboy. 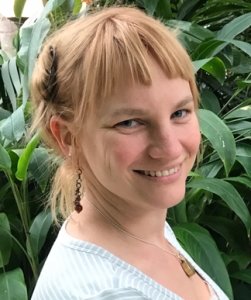 Carolyn began serving as Vice President of the NCHG Board of Directors in January 2020. She has been in consultation practice as an herbalist since 2013. Her educational background in herbal medicine includes intensive study and apprenticeship with herbalist Lise Wolff since 2008, study with various other herbalists and holistic health practitioners over the years, immersive internships in herb cultivation with both Herb Pharm and Red Clover Herbal Apothecary, incorporating plant medicine into her masters thesis, and working in health foods retail specializing in herbal supplements. Her favorite plant is the dandelion, and other interests include reading, hiking, and learning wilderness skills which she finds greatly enriching to her herbal practice and understanding of plants. 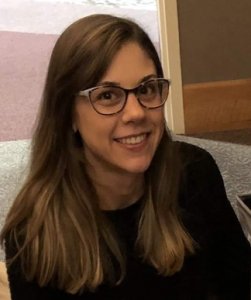 Hello, I am Justine and I am an Herbalist, Nutrition Consultant and doTERRA Wellness Advocate. I love to educate, encourage and facilitate individuals and their families about natural solutions to aid in the body’s unique ability to heal itself.

My consulting practice is called Rejuvenate Holistic Wellness where I work with individuals and educate on the use of herbs, essential oils, TCM and nutrition to help in their total wellness.

I have a background in banking and currently run a dental reimbursement plan for the teachers in my district. I am also a wife and mother of two very lively and rambunctious boys!

My deep passion is for plants, plant medicine and Traditional Chinese Medicine. I have many interests and love continuing my education and herbal training whenever possible. I am excited to assist the NCHG in their treasurer needs.

Hi! I am Betsy Nelson – freelance food stylist, recipe developer, cooking teacher, Ayurvedic chef and certified herbalist. Why do I wear so many hats? I have always loved learning and exploring how our food relates to our health and well being.
​
I have always been interested in food, especially plants that are the sources for nourishing our bodies, as well as our minds and spirits. I graduated from the University of Minnesota with a BA in Psychology and Studio Arts, which may seem like an odd background for a food person, but I find the process of cooking to be very much a creative process and a great way to connect with others. I have continued my education studying Ayurveda and Western herbalism with a variety of local and national teachers, as well as completed/participated in a Wellness Coaching Program through the Mayo Clinic. Teaching cooking classes to learn how to incorporate foods and herbs for supporting our health as well as foraging for wild edibles, is a passion of mine and I love to take people on walks in the woods to go out and see what nature has to offer!

Marina Povlitzki is an herbalist and yoga instructor.  She has always been fascinated with plants and their healing powers and is grateful to have studied herbalism with Lise Wolff, Erin Piorier & the Matthew Wood Institute of Herbalism, as well as Flower Essence Therapy with Loey Colebeck & Martin Bulgarin.  Marina has a small herbal practice out of her home office in St. Paul, MN.  She has a background in education, and is a former Special Education teacher. Currently, she teaches yoga, dance, and a variety of different herbal workshops around the Twin Cities at studios including LifeCore Yoga, Healing Elements + Yoga Fresh.  Marina has a strong background in movement, anatomy, and Ayurveda. Her physical classes focus on functional movement as well as energetics. When she is not teaching or seeing clients, she is busy developing eco friendly, herbal wellness and body care products.  Marina is looking forward to serving on the board this year and helping to continue North Country Herbalist Guild’s mission of providing excellent herbal education opportunities in the Twin Cities!

You can learn more about Marina at www.plantmagick.com.

Vince has been involved in the natural healing community in Minnesota since the early 90s. Following a two-year degree in Machining in the late 80s, he began to formalize his keen interest in healing by earning a certificate in Chinese Medicine and Acupuncture from the Northern School of Chinese Medicine in 1992.

Vince was one of Matt Wood’s early students and attained an herbal medicine certificate from Matt’s Oak Leaf School of Herbal Medicine in 1995. He also earned a certificate in Homeopathy from the British Institute of Homeopathy in 2002. Vince worked at the iconic Mastel’s in St. Paul where he filled in any remaining gaps in his education. He was in private practice in St. Paul and in Michigan for over ten years.

Vince enjoys playing chess, and despite his modesty, is quite an accomplished player, winning the 2015 US Open for Chess in Florida in his division (1800 & Under), He is very humble about this accomplishment and claims that he just got lucky.

Vince works for the MTC driving a city bus and lives on the Eastside of St. Paul with his two rescue dogs, Cinnamon and Speedy.

Vince has served on the North Country Herbalist Guild Board of Directors for over five years.